Tea farmers in Bahundangi, Mechinagar-4 have missed their first flush production due to the extended lockdown to contain the Covid-19 pandemic, resulting in over Rs 10 million in losses.

The first flush is the first plucking of a tea plant’s harvest season and yields the purest and freshest cup of tea. Naturally, this nets farmers the most income and makes up the bulk of their annual revenue.

But this harvest season, farmers were forced to stay at home in mid-February and mid-April due to the government imposed lockdown throughout the country to stop the spread of the coronavirus.

The association estimates that the lockdown has caused over Rs 10 million in losses. Most of the tea grown in Nepal is exported to India while a small portion is consumed locally.

“Now the production has stopped along with imports,” he said.

Tea farmers said that if the lockdown is not lifted by the end of April, they will have to cut the tea leaves again, which will affect the production in mid-May. “If the tea leaves are damaged any further, the quality of the tea will deteriorate,” said Ramesh Dahal, vice president of Shuva Chiya Kishan Cooperative.

Despite the plight of tea farmers, the local government has not lifted a finger to help the financially stricken farmers, said Sachin Niraula, manager of the cooperatives

“The farmers have been facing huge losses but the local level government continues to be silent,” he said. Niraula said that farmers of Bahundangi grow tea leaves in paddy fields. “We are demanding compensation from the government as small tea farmers face financial ruin,” he said.

Similarly, tea farmers under the Parakhoji Sana Kishan Chiya Cooperative, Haldibari, Jhapa also missed the first flush. Parbat Dangi, manager of the cooperative said that tea farming was done on 300 bighas of land by around 150 farmers. Around 150,000 kilograms of green leaves have been destroyed which could potentially have produced 30,000-35,000 kilograms of readymade tea. “Farmers have lost nearly Rs 4 million,” said Dangi. 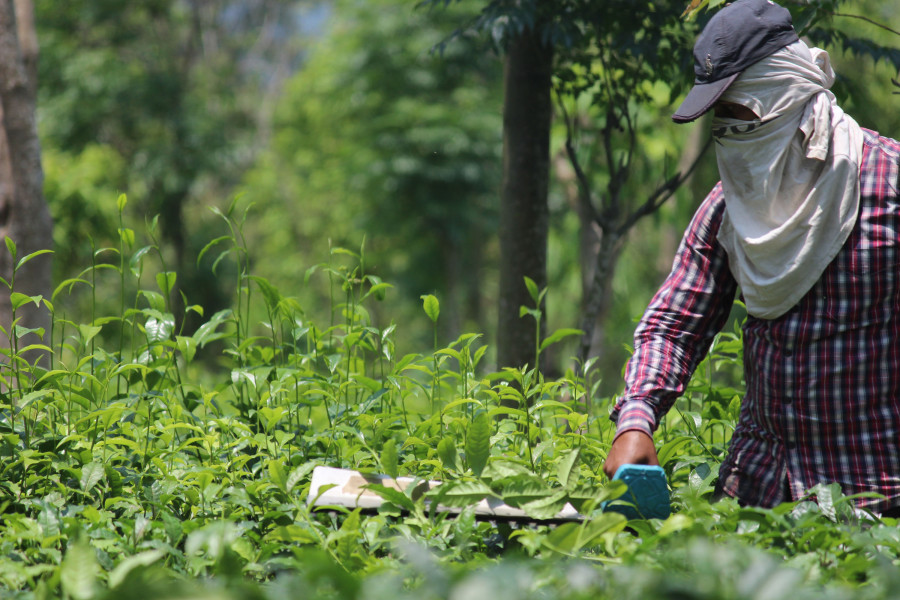