Tea prices jumped by 40 percent to Rs100 per kg in the domestic market as production slowed due to the virus and demand from India reached an all-time high, said tea traders.

Kamal Mainali, president of the Nepal Tea Association, said that the new increased base price of Rs80-100 per kg would come into effect by July 31. Retail prices will range from Rs125-150 per kg depending on the brand.

As there is a huge shortage of tea in the Indian market, demand from the southern neighbour has soared. Domestic output shrank due to Covid-19, as only a few workers were allowed to work in the tea gardens to maintain social distancing.

Incessant rain and floods and unavailability of fertiliser on time also took a toll on production.

“Prices had remained stagnant for the last four-five years, but this year they hit an historic high,” Mainali said.

According to domestic producers, tea prices in Nepal are expected to increase by 25 to 30 percent.

Suresh Mittal, president of the Nepal Tea Producers’ Association, said that an increase in tea prices in India automatically pushes up prices in Nepal. Tea production plunged by 40 percent in India mainly due to floods in Assam and West Bengal, and also due to Covid-19.

“Domestic tea production was already down due to Covid-19 and the lockdown, and it slipped further when the government was not able to provide fertiliser on time,” Mittal told the Post.

Nepal's tea output from mid-June till date shrank by 25 to 30 percent due to lack of fertiliser and the virus, he said.

“Due to a fall in production in Nepal and India, there was a kind of crisis leading to an increase in prices,” he said. Lowered production resulted in heightened demand for tea from Nepal, he added.

“Tea prices have not increased in Nepal yet; but as shipments to India increases, they will start to rise rapidly,” he told the Post. According to him, Covid-19 brought down tea production by 15 to 20 percent.

“Annual tea production will decrease by 30 to 40 percent this year,” he said. Half of the tea grown in Nepal used to be consumed locally and the rest would be exported to India.

In the changed circumstances, it remains to be seen how much is sold here and how much is exported, Mittal said. If prices do not increase in Nepal, most of the tea will be shipped to India, he said.

According to the Tea and Coffee Development Board, production decreased by 6-7 million kg during the initial days of the lockdown in the country.

Tea prices in India jumped to record highs due to intense flood damage to tea gardens in the north-eastern state of Assam and the Covid-19 outbreak. Assam accounts for more than half of India’s tea output.

The Economic Times citing multiple trade sources reported that New Delhi may limit exports and boost shipments from rivals like Kenya and Sri Lanka. It said that the price rise could support the Indian tea industry that has been struggling with rising production costs. As per the Tea Board of India, production losses have lifted weekly auction prices to a record of IRs232.60 ($3.11) per kg, up 57 percent from a year ago. 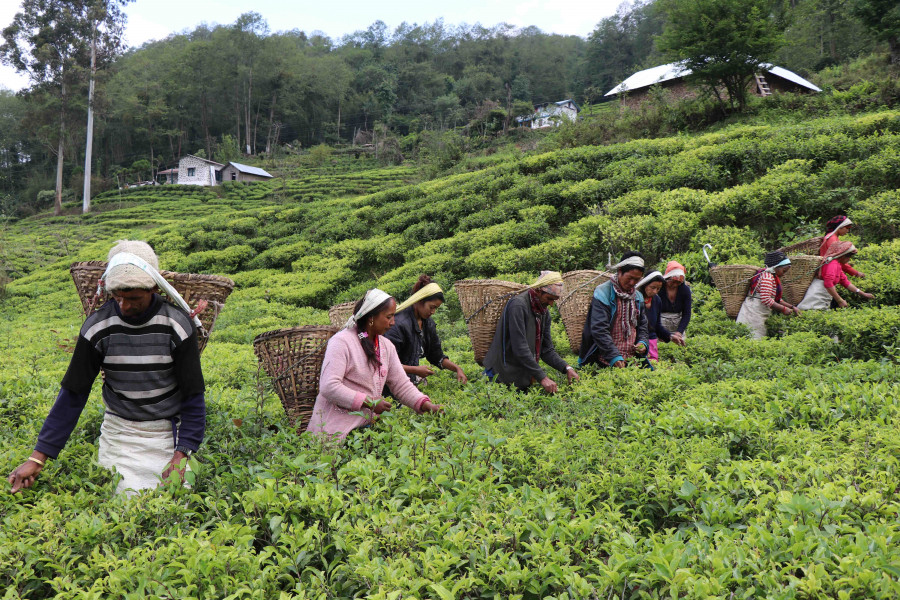